Today eye-watering amounts of time and money are still being lost to avoidable disputes around project interfaces. For any given large-scale project, interfaces bring substantial risk. The risk of cost overruns and delays, misalignment of works, and conflict all pose a threat to the smooth runnings of a construction project. It can be said that interface management has emerged from the millions lost from projects misaligned or ‘gone wrong’.

Interface management aligns and oversees contracted teams and their respective work packages in the planning and execution of large-scale projects. It aims to bring together effective contracting, coordination, risk allocation, conflict resolution and decision-making within projects, helping to ensure smooth running with minimal errors and disputes.

Why is interface management an issue?

Project interfaces are where emergent risks form, however bringing everybody onto the same page is difficult. As a result, interfaces tend to be one of the main causes of delays, disputes and claims during the build phase of any large civil infrastructure project with multiple stakeholders. Whilst asset owners reasonably manage the risk of large projects by contracting different organisations to different roles this also creates a new area of practical risk. The practicality of where one organisation's contract ends and another begins must run seamlessly for a successful project. However, bringing together million-pound equipment and structures is by no means an easy task.

Project interfaces can be anything from the hard interface of where one pipe meets another, to the soft interface of the flow rate through water pipes. Regardless, every detail needs both ownership and consideration for them to align. If interfaces are misaligned or incompatible the repercussions can cost both millions and cause years' worth of delay or rework. Therefore, decisions need to be made right the first time. 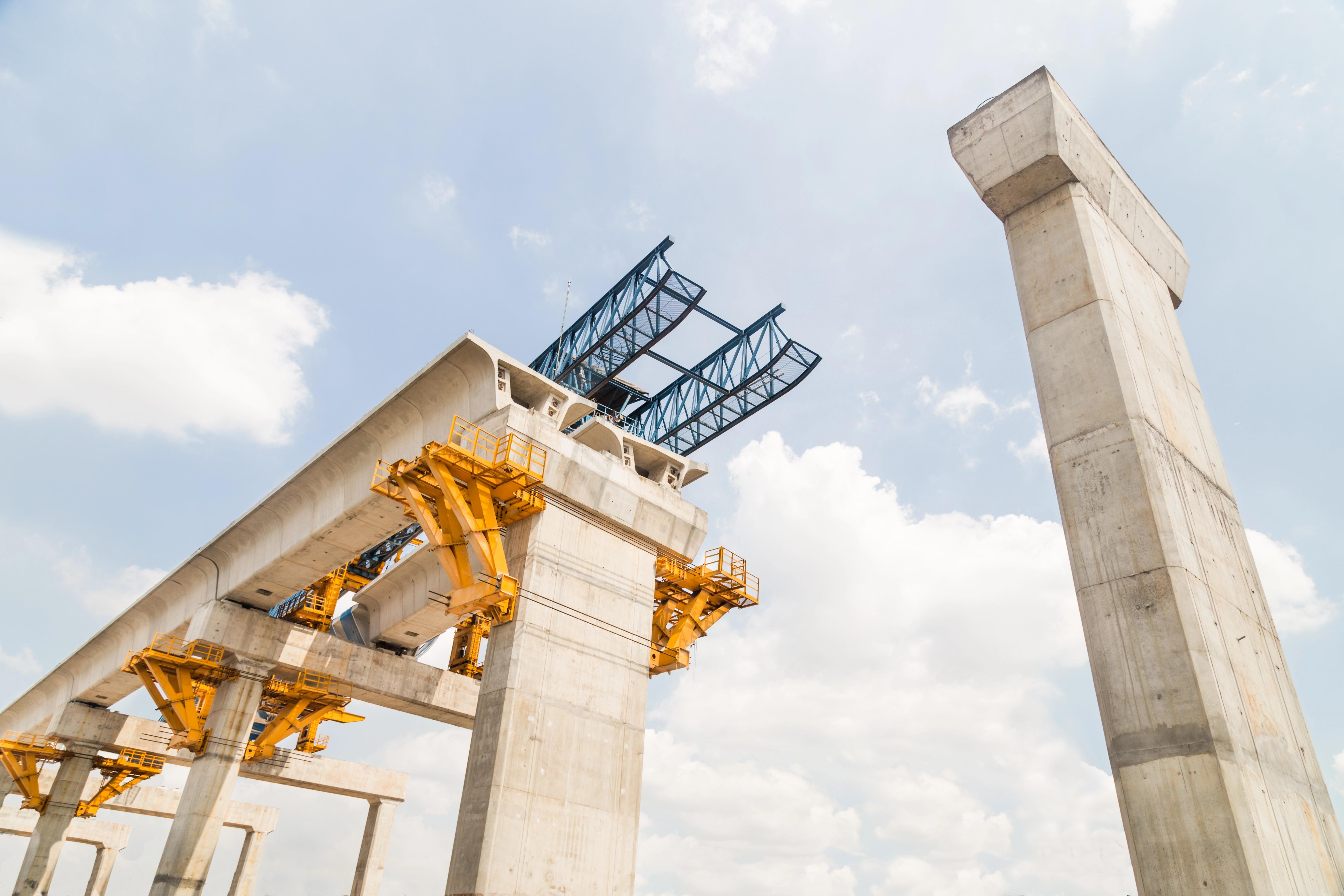 On multi-million-pound projects, the best way to avoid interface disputes is through the early implementation of interface management, tackled in a multifaceted approach. From day one, having a clear and concise contract that defines the roles and responsibilities of each contractor is the first step. This will help to hold teams accountable.

Meanwhile, the implementation of a straightforward process as to how interfaces should be managed across the different contractors needs to be defined. For example, an interface management plan which outlines how the participants should behave can provide a single source of truth as to how queries should be managed. This might also mean assigning an Interface Manager or having Interface Management Teams liaise on behalf of their contract. Clearly stating how interfaces should be managed will help all teams to communicate with one another. Regular meetings and updates between teams will help to ensure that everyone is working from the same page with defined responsibilities across the project lifecycle.

When establishing how interface management is to be handled on a construction project, people, process, and technology are core to resolving queries quickly. The investment in this triad, championed by its people can ultimately save millions on projects.

Many project teams have decided to move away from the traditional, lengthy and complex spreadsheets managed by one person. Instead, resources are being funnelled towards Interface Management Teams and more appropriate technologies. Such software can seamlessly integrate interface control forms, communicate the queries between the requesting party and responding party whist logging the resolution. Teams are utilising Common Data Environment’s (CDEs) to remove the need to manually log interfaces identified and decisions made. It creates a direct channel between the parties involved, resulting in more transparent and rapid resolution and implementation.

As a step on from this, teams are taking their interface management processes to the next level by integrating interface management queries with visualisation technology. Using platforms such as Sensat’s Common Visualisation Environment (CVE) today project teams are viewing queries in the context of the real-world environment. Using up-to-date digital twins of a project site, users can visualise exactly where the interface issue is in relation to the contractor's progress on-site and the surrounding environment. This eliminates the back and forth trips from office to site for interface assessments, whilst giving an in-depth understanding of a query from anywhere. Using visualisation tools teams are benefitting from a rapid loop between interfaces by accessing the right data in order to make the right decisions and deliver the right outcome. 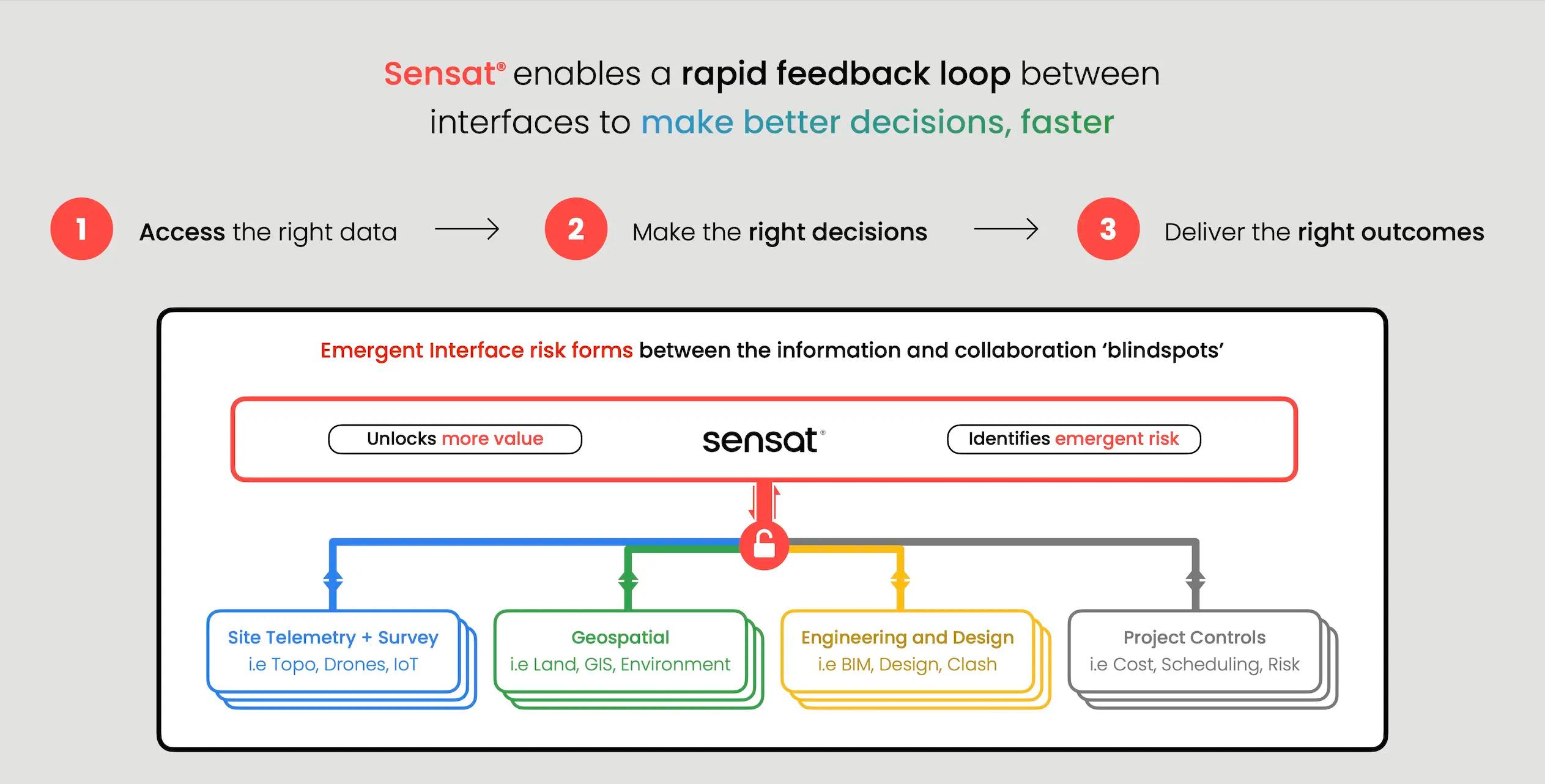 “I pay Sensat for cost certainty. And it doesn't matter because the cost of reworks and mistakes would far exceed the initial investment… It’s much better to mitigate those risks by having better information earlier on.”

Using interface management platforms in conjunction with Sensat’s CVE is not only helping to proactively prevent reworks later down the line but also bolstering decision-making.

Directing resources towards the appropriate management of communications, relationships, and deliverables among stakeholders is integral to project success. Only by trying to reduce risk can projects improve certainty and reduce the risk contingency. By making all of this information accessible and easier to comprehend for everyone working on the programme teams can collaborate to make the best decisions using data-driven insights.

Being proactive and taking the step towards investing in interface management will be far less expensive than the cost of reworks.

Sensat’s platform is supporting projects across the asset life cycle. Learn how Sensat, British Land and Amodal created a “digital twin” to speed up the planning of the Canada Water Masterplan