In previous years, productivity in construction has increased slowly at best. However, the opportunity to boost output and raise quality standards in construction lends itself to the adoption of more innovative technologies and embracing new working practices, including digital adoption and automation. According to Sensat CEO, James Dean’s predictions, 2022 will be the year civil infrastructure is catapulted into a future of automation to improve productivity but also save on costs, and improve the sustainability of projects. For the second part of our 2022 predictions series we deep dive into how automation will help the industry to achieve productivity gains through automation. 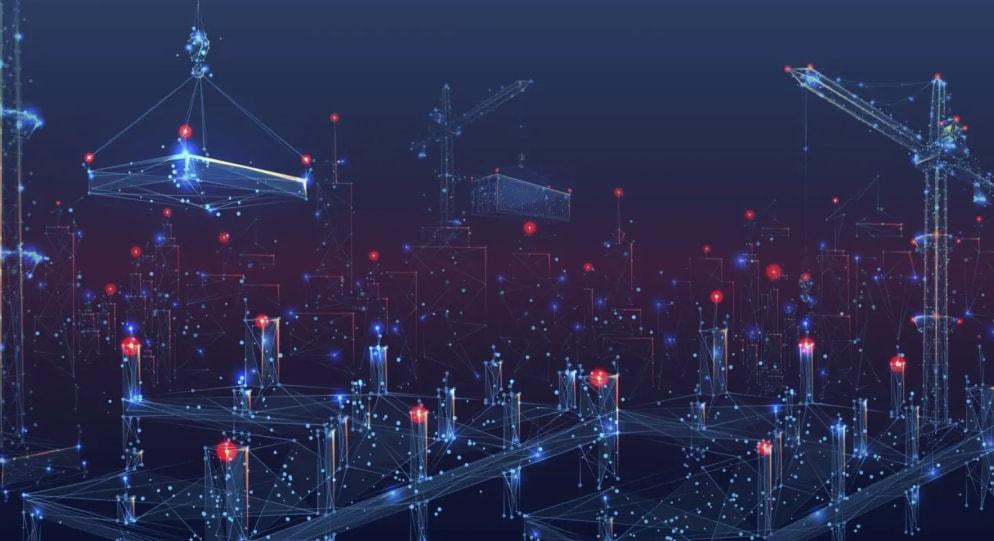 According to McKinsey, automation presents three primary opportunities in construction that will allow the industry to experience similar efficiencies that other industries have experienced over the past twenty years. This includes the automation of physical tasks (e.g bricklaying); the automation of construction (e.g 3-D printing of components such as facades); as well as the digitisation and automation of design, planning, and management procedures. But what does this mean today and what could this mean for the future?

Borrowing the roadmap from autonomous vehicles, autonomy in construction can range from Level 0 (manual) to Level 5 (full automation). Today most of the construction industry lies at Level 0, with projects being inherently manual. Construction workers still carry out physical tasks such as bricklaying, or data collection using traditional methods, which are both time consuming and laborious, which is arguably due to the unpredictability of on-site environments.

Those who are adopting automation technology are experiencing a shift in traditional processes and are already reaping the benefits of improved productivity, safety and sustainability. For example, digital twin technology like Sensat’s is levelling up construction projects from Level 0 to Level 2 (partial automation). For example, unmanned aerial vehicles (UAVs) to capture data and then visualise this data using a one integrated common visualisation environment, the next step on from a common data environment (CDE), presents a way for project controllers to view sites, layouts and real-time conditions in one integrated platform. This is removing the barriers of information silos that the industry suffers from, but is also improving on-site efficiency by providing a digital stage where project controllers and general contractors can identify issues before they even step foot on site. This improved coordination between teams is helping to make the right-first-time decisions and prevent reworks later down the line.

Although the term ‘automation’ may conjure the image of robots replacing humans on site, we are still far from this reality. In harnessing automation we will be able to direct human focus to the areas which need our decision making. Increased uptake of automation will also mean that current workforce skills may need to adapt to be more technologically inclined.

One day automation may be what we rely on in order to venture into new environments which are too dangerous to put our workforce into. Looking towards the future, and as AI in construction continues to evolve, automation will reach a level never seen before. Today we are still some time away from Level 5 automation where no human intervention is necessary to deliver and operate civil infrastructure. The possibilities that automation will be able to deliver may seem a bit alien to us now but eventually, construction sites might be controlled using one aggregated mission control system fueled by streams of data from the site. Machine learning and AI will be able to interpret information to assess progress against a plan, to optimise and dispatch autonomous machinery and robotics to perform most of the project activities without human interaction, including risk and safety control.

What we are experiencing today is only the beginning of what automation will deliver. We expect that digitisation and automation uptake is set to accelerate in the coming months and years, and will allow for more profitable projects from productivity gains.